Ayton Castle is a prominently-sited, impressive local landmark, renowned for being one of only two Baronial structures by architect, James Gillespie Graham (1776-1855). The castle is set among garden terraces, parkland and attractive woodland policies, which together make an outstanding scenic contribution to the local landscape.

The original castle, a peel tower, had once been a stronghold of the Home family. This castle was captured by the English in 1497, and the nearby church was the scene of the subsequent negotiation of the treaty of Ayton, signed on 30 September 1497. The tower was replaced by a classical mansion, which burnt down in 1834. 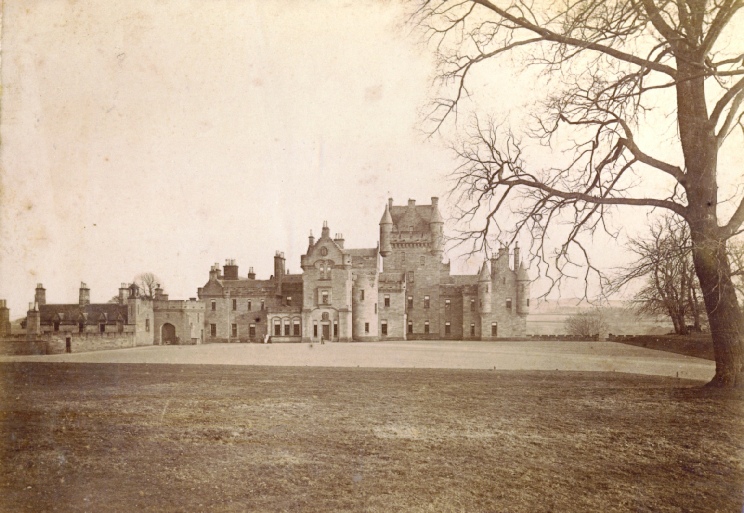 In 1851 William Mitchell-Innes commissioned James Gillespie Graham to build a new castle at Ayton in the Scottish Baronial style in red sandstone. In 1860 architect David Bryce extended the drawing room and added a billiard room, with further additions in 1864-7 by James Maitland Wardrop. Extensive interior redecoration was carried out in 1875 by Bonnar & Carfrae, still largely extant, with stencilled imitation silk damask. In addition to the elaborate offices and stables block, all in red sandstone, Ayton Castle boasts a beehive type dovecote of 1745, and a magnificent West Lodge in Scots Baronial with archway and screen walls in red sandstone. Mention must be made of the visit to the castle in 1873 by Mark Twain who insisted upon buying the Dining Room fireplace mantel; it is now in the Mark Twain House & Museum in Hartford, Connecticut, having been repaired and moved there after a fire that destroyed Twain’s Stormfield villa where it had been installed. The present castle fireplace dates from that occurrence.

Following William Mitchell-Innes’s death at the castle in January 1860, it passed to his eldest son and heir, Alexander Mitchell-Innes of Ayton and Whitehall (near Chirnside) (1811–1886), a Deputy Lieutenant and Justice of the Peace for Berwickshire. He continued the family’s building works at Ayton by commissioning James Maitland Wardrop to build a new parish church with a 36-metre (118 ft) spire, and stained glass windows by Ballantine & Sons. 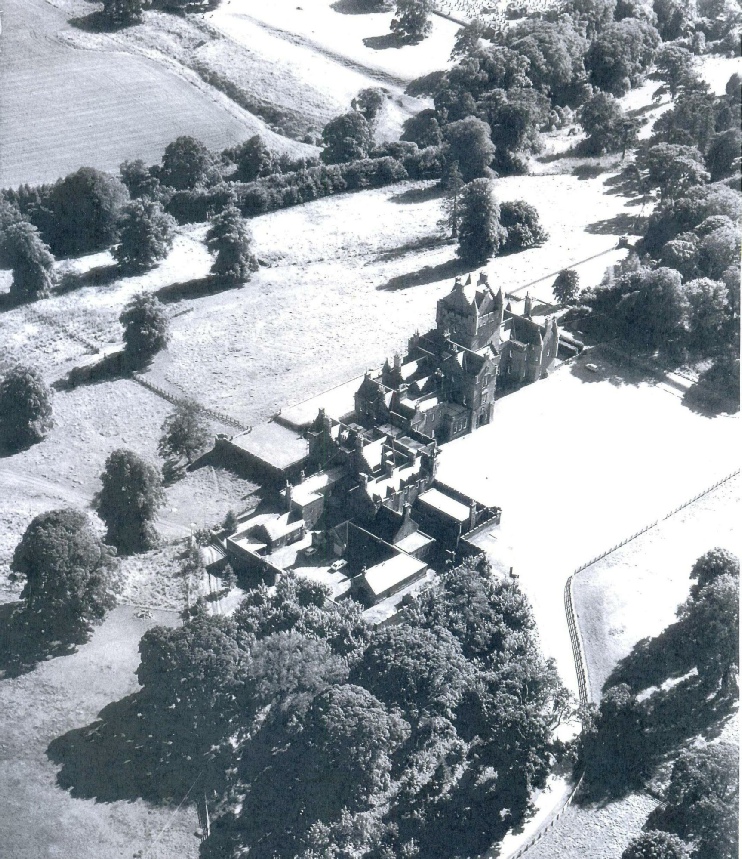 Alexander Mitchell-Innes married (1) Charlotte (1818–1848), daughter of Sir Thomas Dick Lauder of Fountainhall, 7th Bt. She died in childbirth having their sixth child. He remarried (2) Fanny Augusta (1821–1902) daughter of James Vine, in Puckaster, Isle of Wight. They had a further nine children. Inevitably there were inheritance disputes. Strangely, Alexander Harold Mitchell-Innes of Ayton & Whitehall was served heir of entail to his grandfather, Alexander Mitchell-Innes of Ayton & Whitehall, on 21 November 1892. In 1895 he sold the barony of Ayton, its castle and lands, for £90,000 to Henry Liddell-Grainger of Middleton Hall, Northumberland (1856–1905). Alexander Mitchell-Innes had apparently shared his entire estate with his very large family and they were accordingly all paid out following the sale of Ayton Castle. The family retained Millbank House and grounds, not far from the castle, as well as the now-derelict Whitehall Manor, near Chirnside.

The policies are centred on Ayton Castle, a mid-19th century Baronial castle, and contain other notable architectural features, including a 16th century dovecot and Ayton parish church.

A copy of A Short History of Ayton Castle can be obtained from the factor. Please email for further details.

We are undertaking research into the history of Ayton Castle and the landscape and would be delighted to hear from anyone who is able to furnish us with information, plans, photographs or reminiscences. Please contact our hon. archivist, Mr Ian Hankinson, archivist@aytoncastle.co.uk

It is requested that cremated remains (ashes) are not scattered or buried anywhere within the grounds of Ayton Castle, including South Lodge and estate properties.

Further historic images of Ayton Castle follow - please scroll down the page to see them. 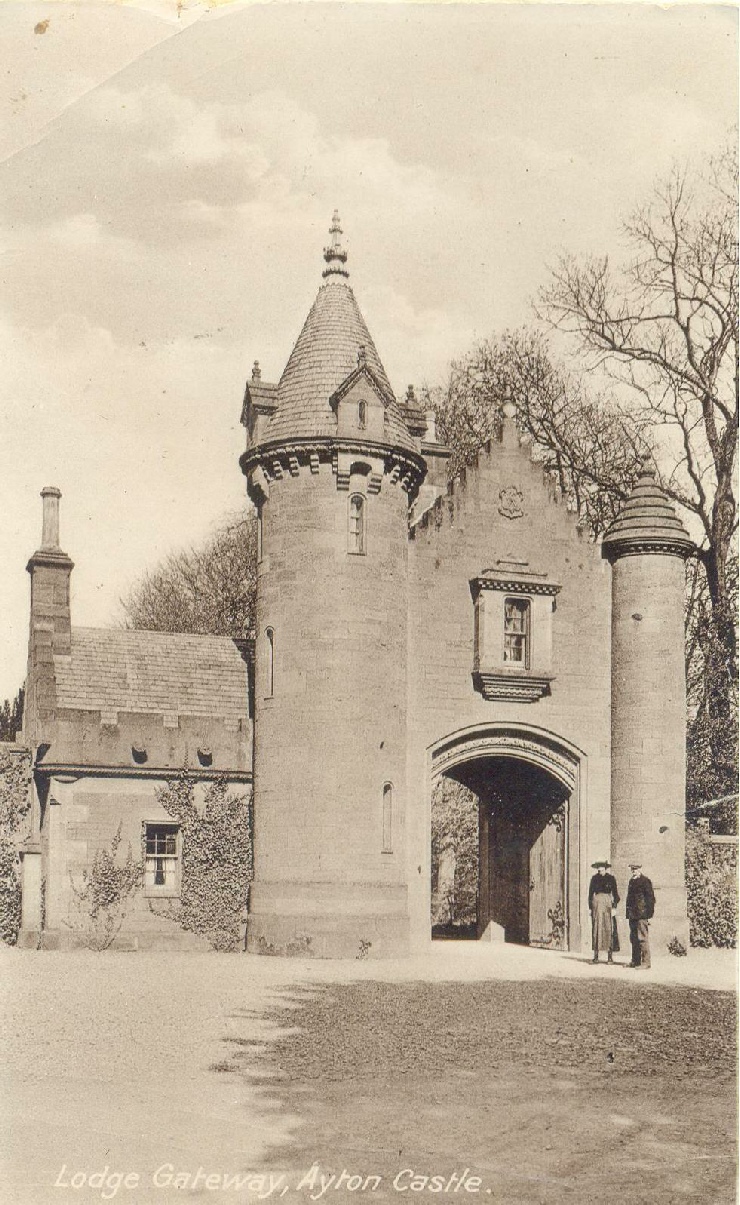 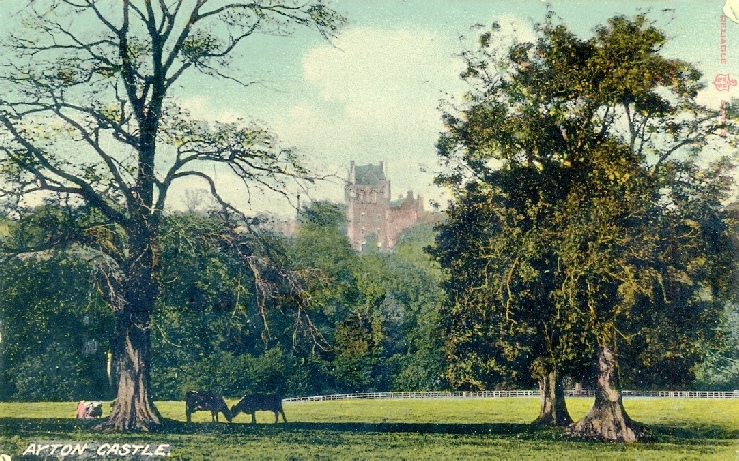 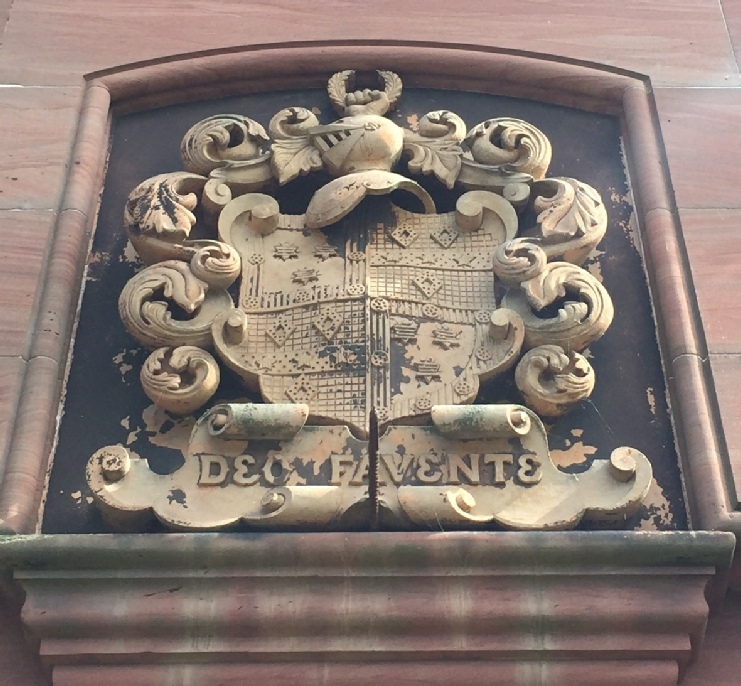 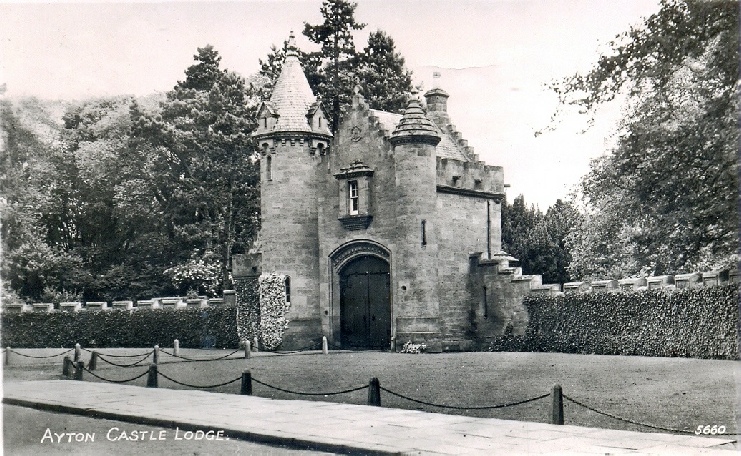 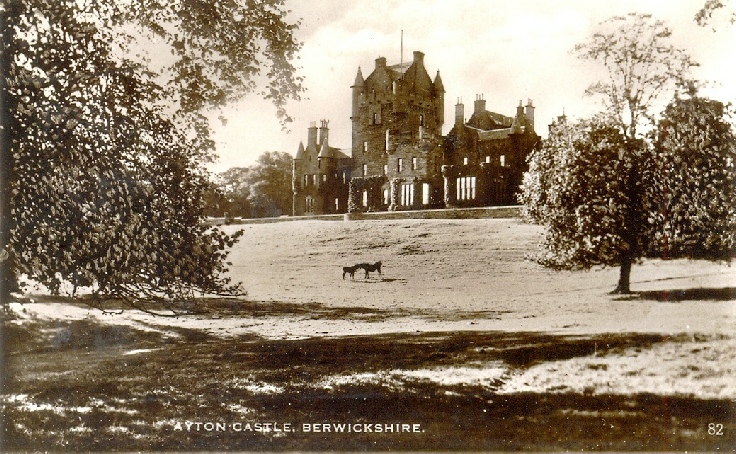 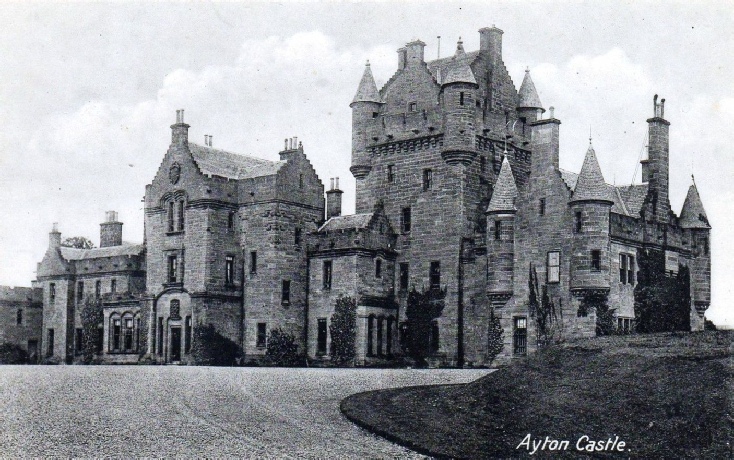